I’ve been to Yousemite a countless number of times, but every time it looks different. Our last visit was in mid-November, just before the first snowfall. The fall colors were in their full spectrum.

The weather in Sierra Nevada can be unpredictable, especially in November. Our forecast said rain and rain, and as we entered the park on Saturday morning it looked like a rainy weekend was awaiting us indeed: 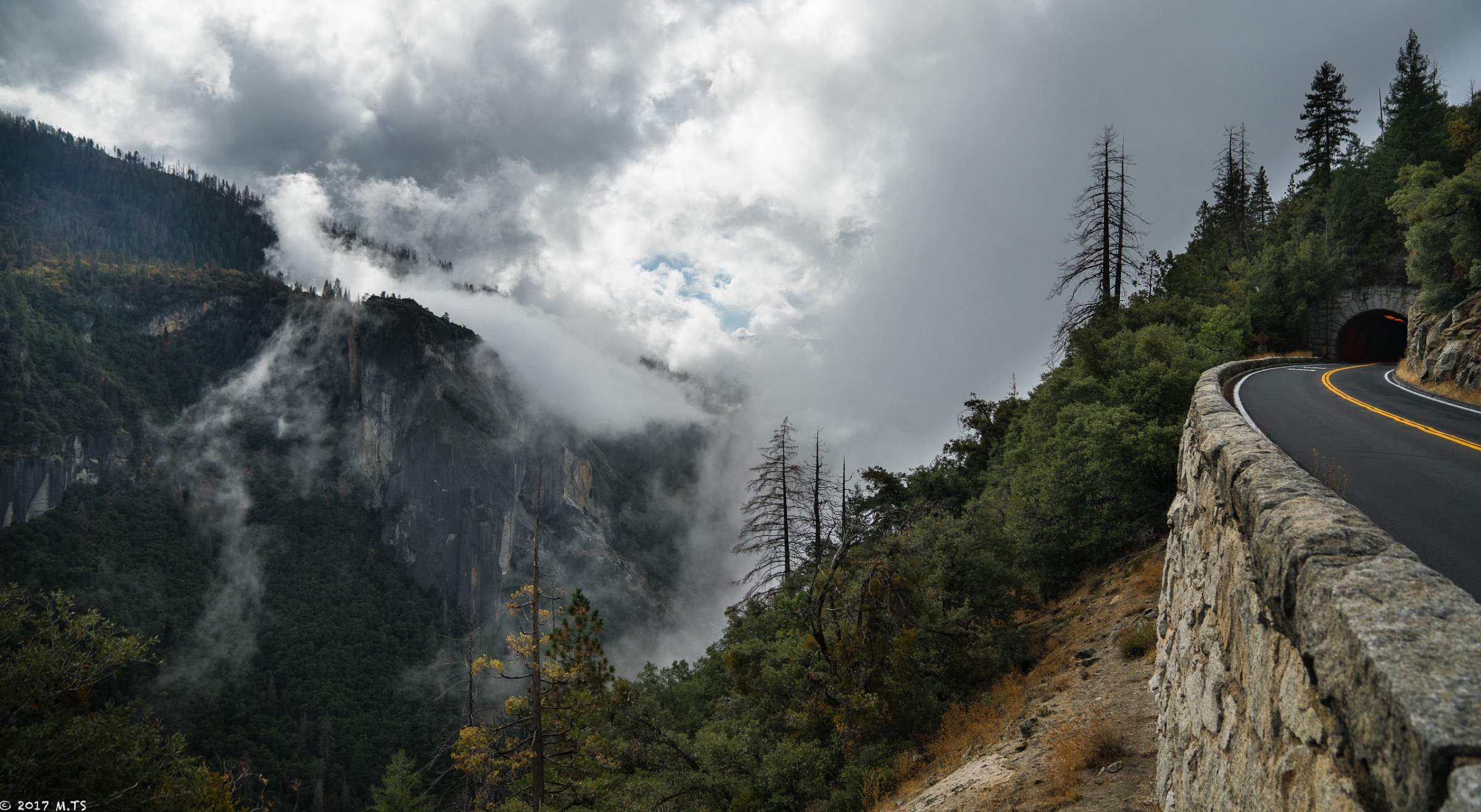 It felt like the skies were about to open and start pouring, so we started with a short stroll up to Mirror Lake. The stormy skies were reflected in the still surface of Merced River: 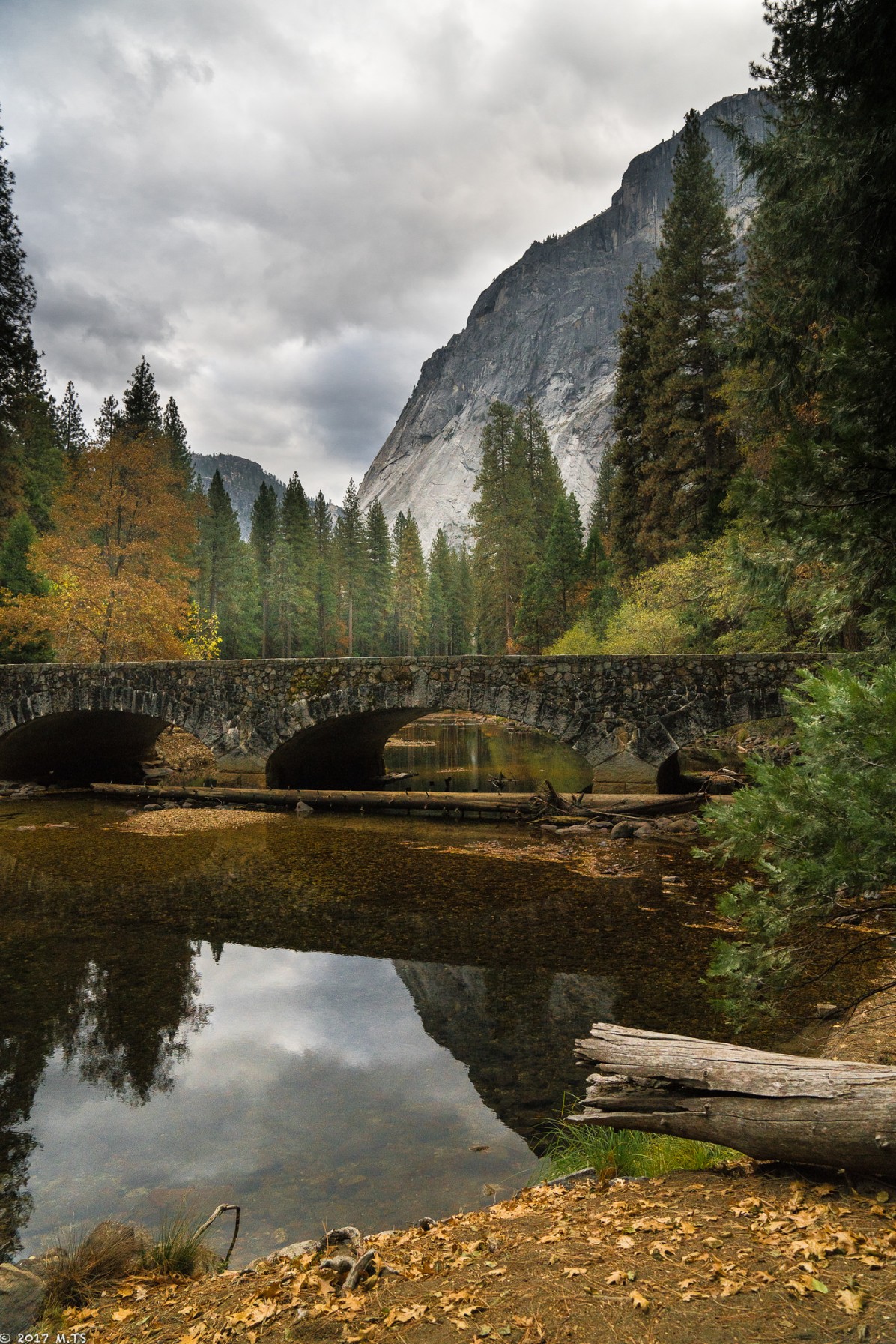 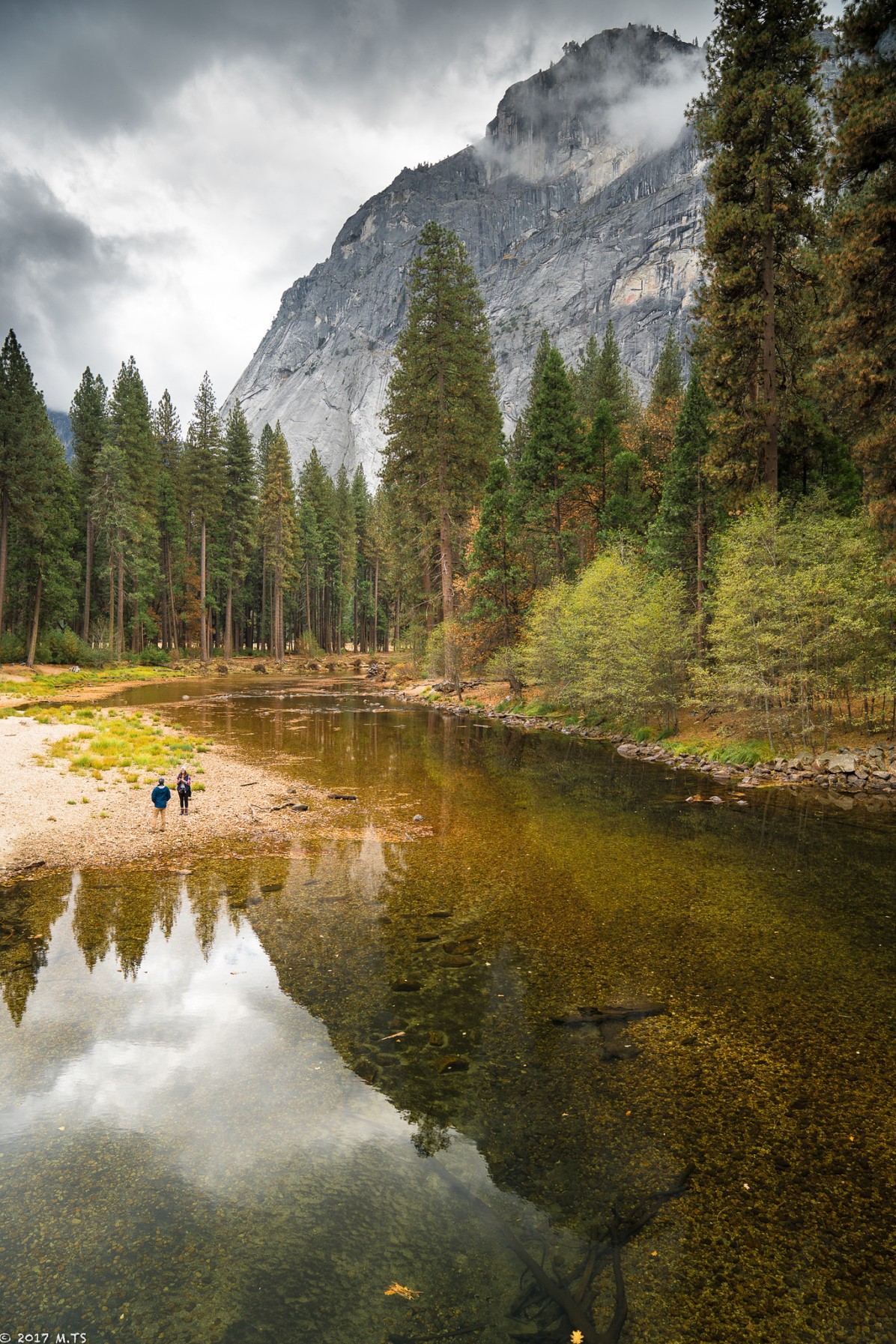 However, as we were approaching the lake the clouds began to disperse and we got some glimples of the sunlight and blue sky. The Half Dome was still behind the cloudy veil:

By the time we reached Mirror Lake the weather looked way more promising:

Next morning we woke up at dawn and were wondering what kind of weather was the day going to bring us. We started our morning walk around the Majestic Yosemite Hotel (former Ahwahnee), and the surrounding looked quite majestic:

As the time passed by and we walked down the Valley, the fog was gradually yielding to the sunlight:

As the sunrise progressed the Yosemite Valley still looked sleepy and serene: 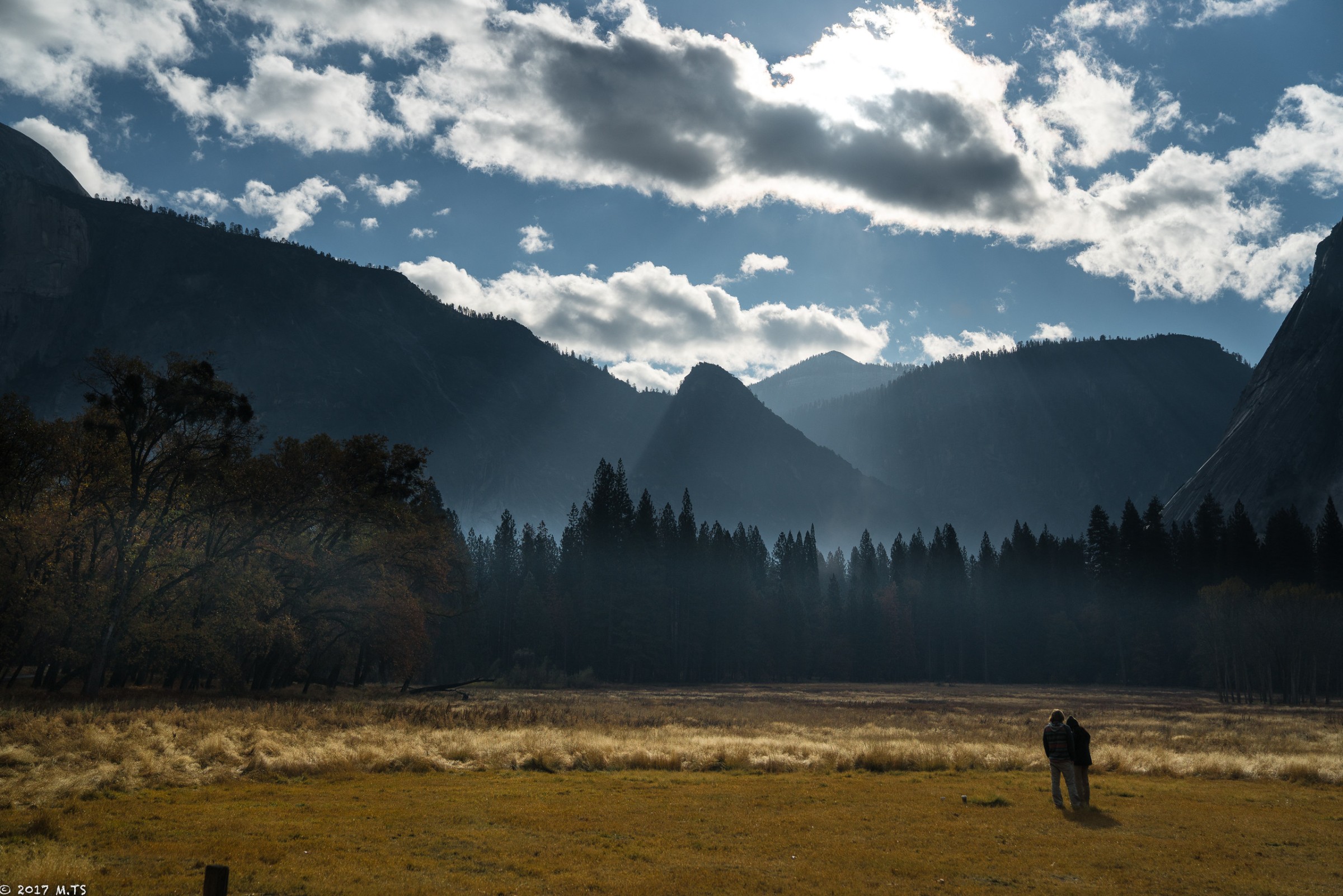 The Half Dome appeared in its majestic beauty: 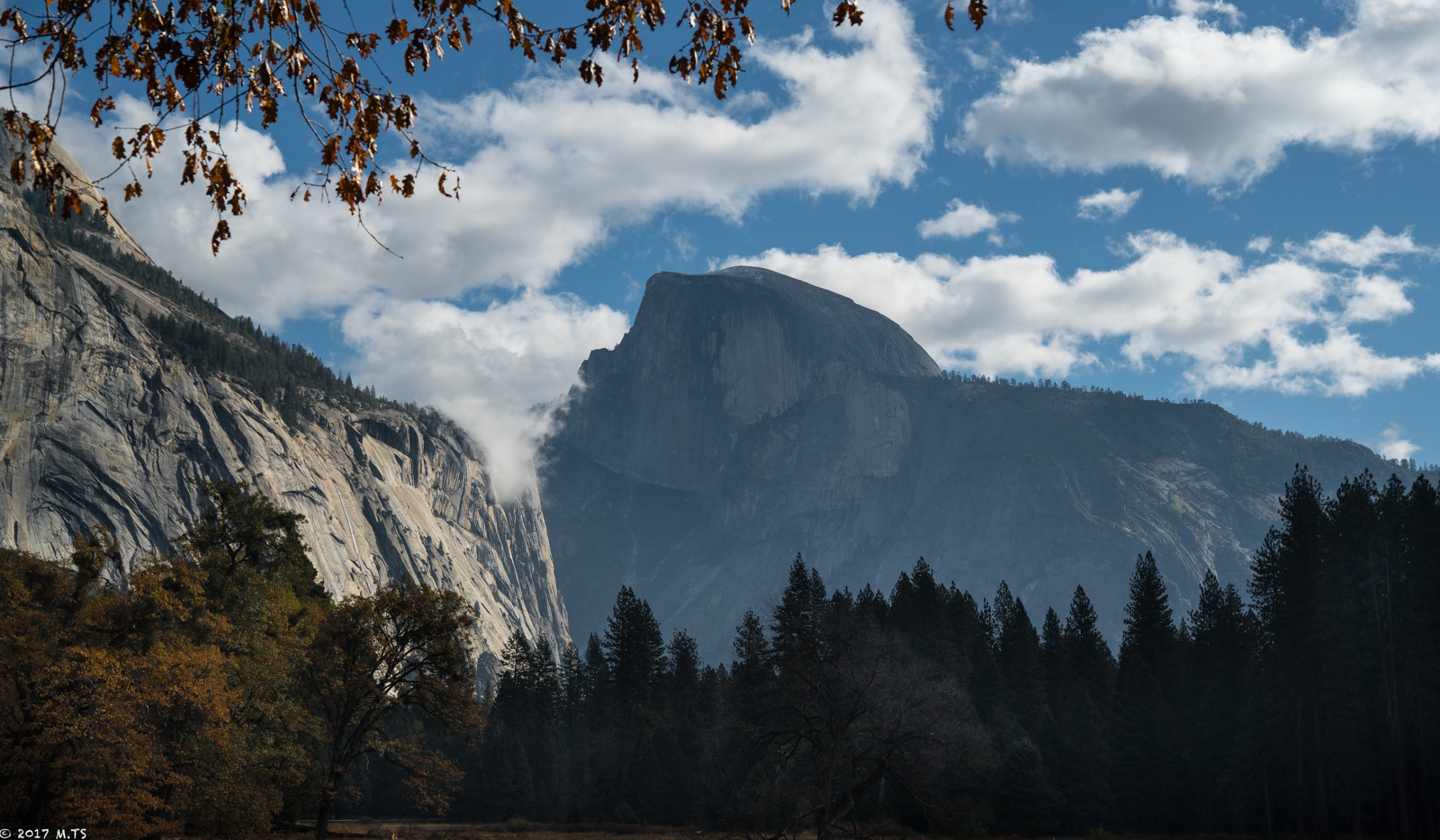 The Merced River was slow and quiet: 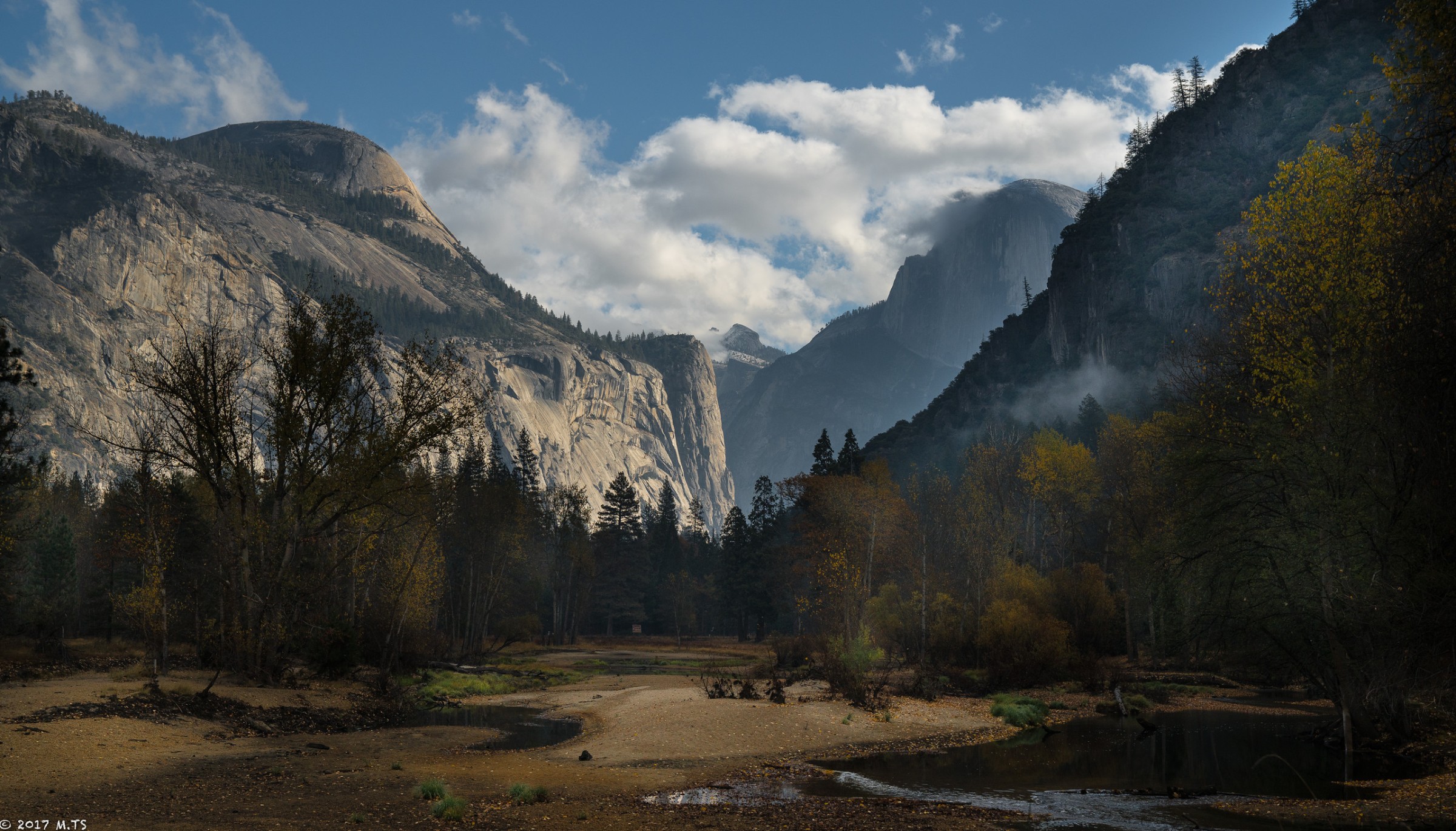 Patches of the fog were melting under the rays of the sun: 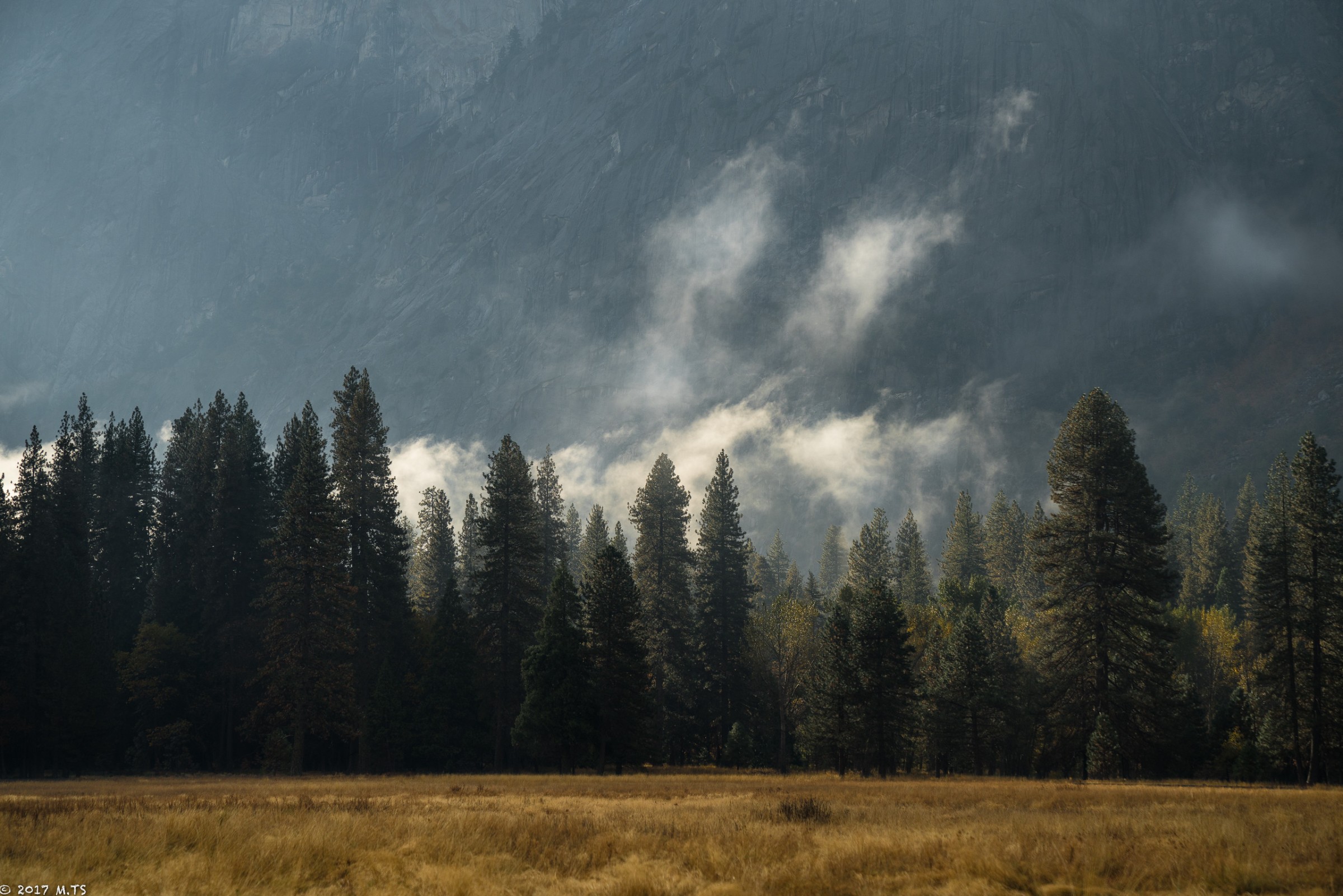 The fog, the woods and the gray granite of the Valley walls made a perfect background for the small chapel:

Some of the views just begged to be rendered in black and white:

As we were heading back we stopped near one of the tunnels to get the final view of Yosemite Valley and Bridalveil Falls:

We also got a view of Foresta while it was lit by the sun through a clearing in the clouds:

In the end we made a side trip to Hetch Hetchy Valley which looked just the same as in September:

Sticking to my rule of no travel blog post without food recommendations: for dining in Yosemite Valley see my post Yosemite in September, and if you’re hungry around Hetch Hetchy Valley then try the Tavern at Evergreen Lodge, about half way between Highway 120 and Hetch Hetchy Reservoir. It’s located in a wood log building with a big bar and the menu that is simple, no nonsense and quite good, especially after a day of hiking!